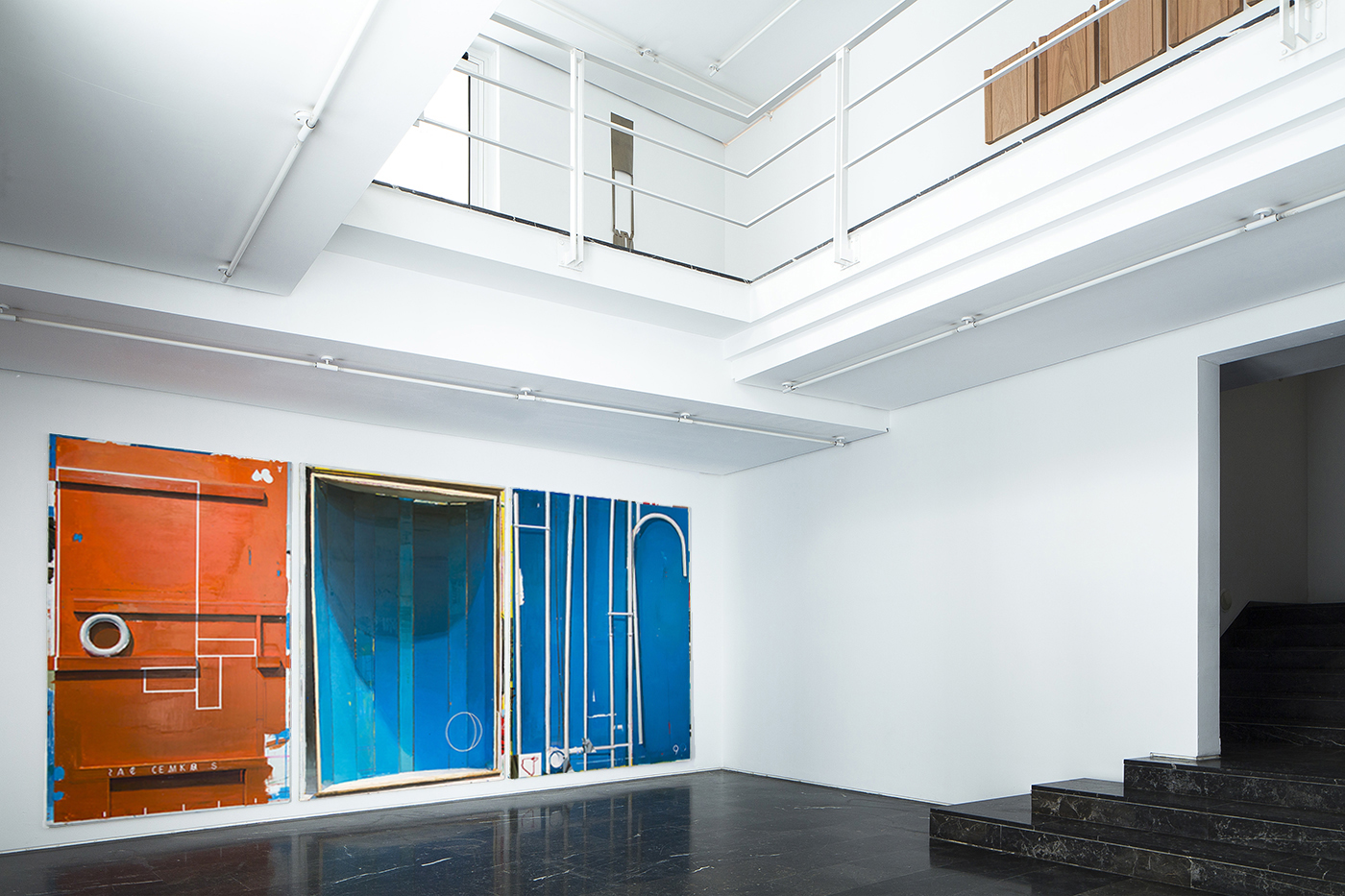 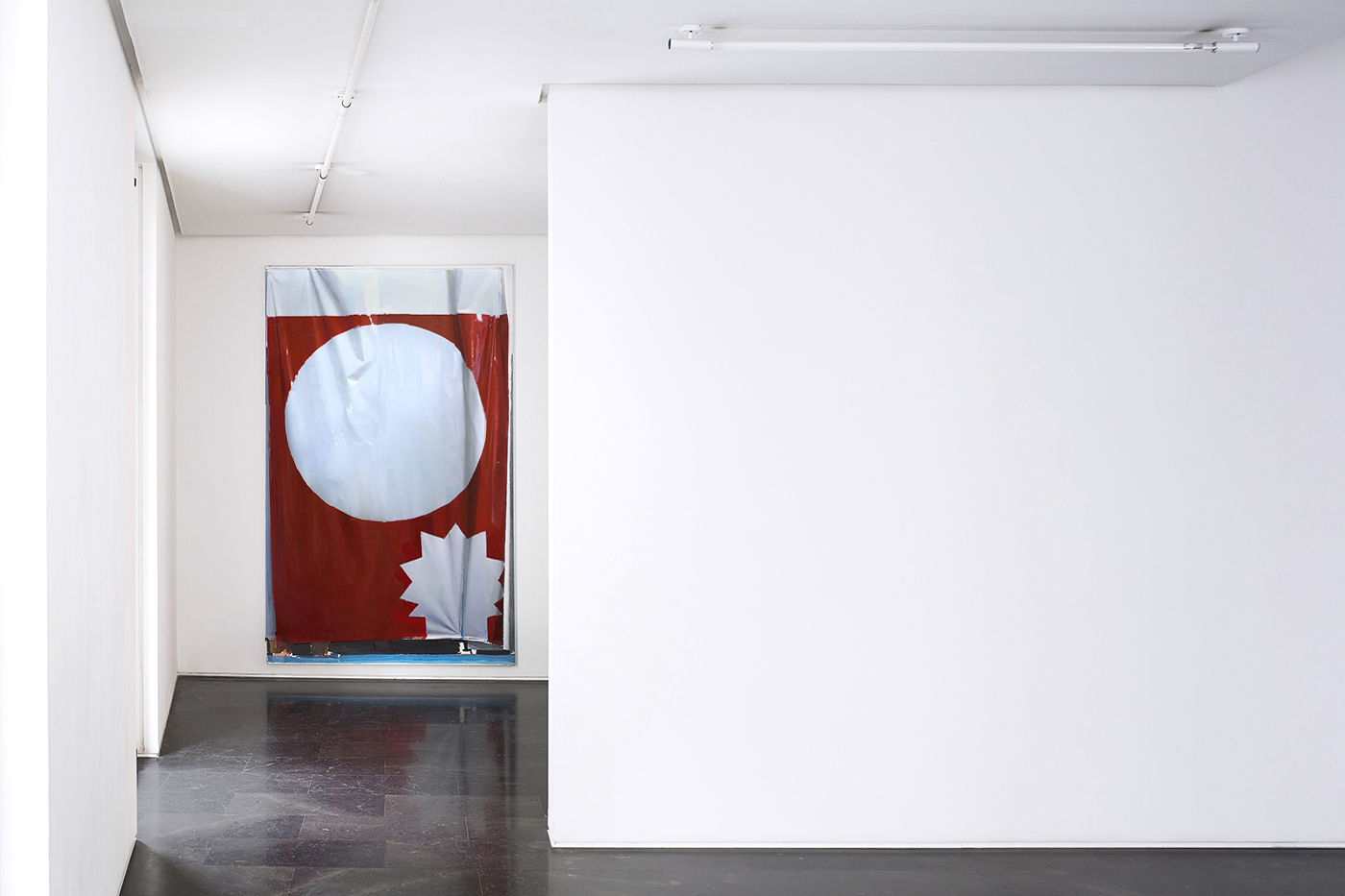 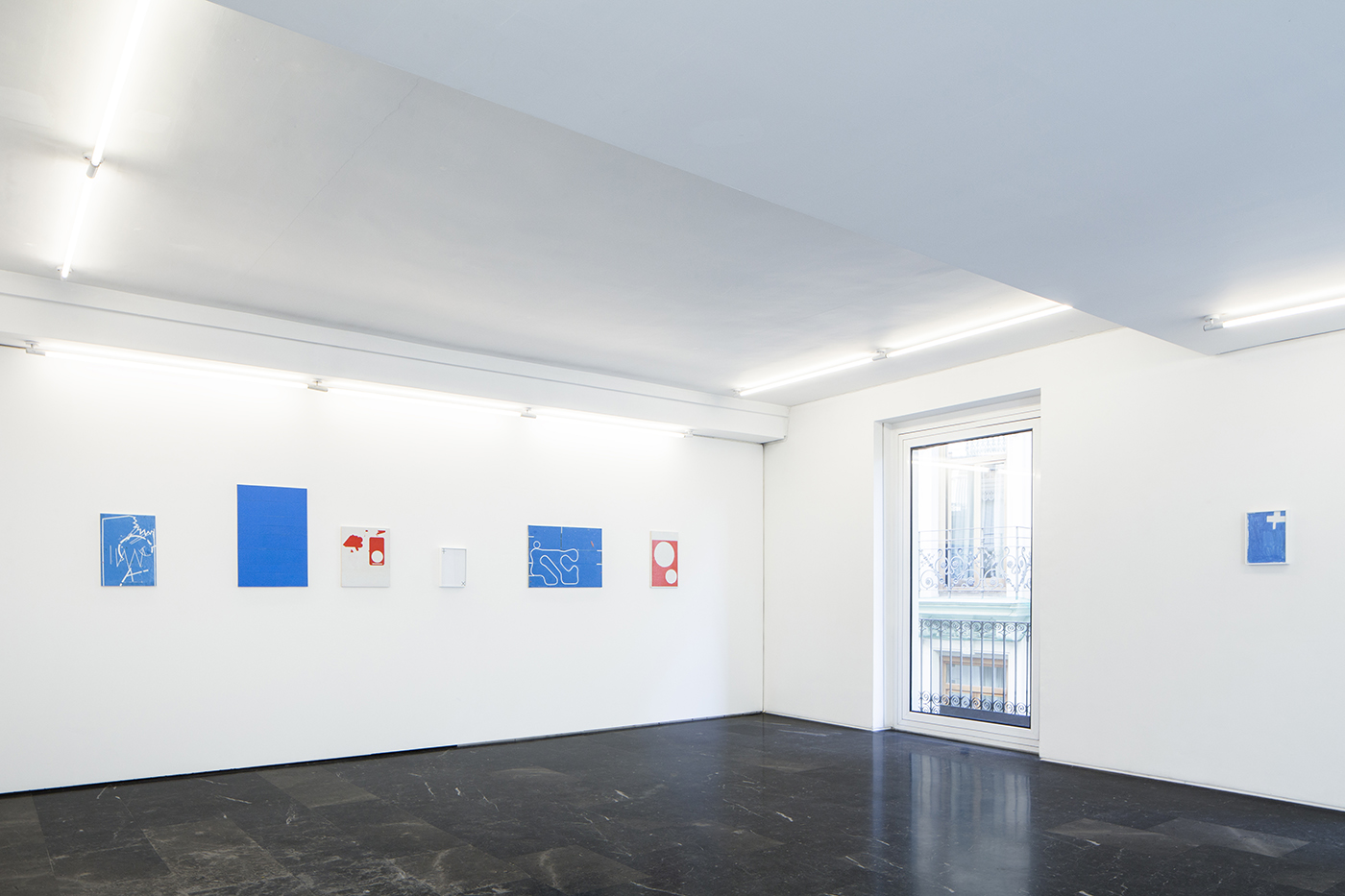 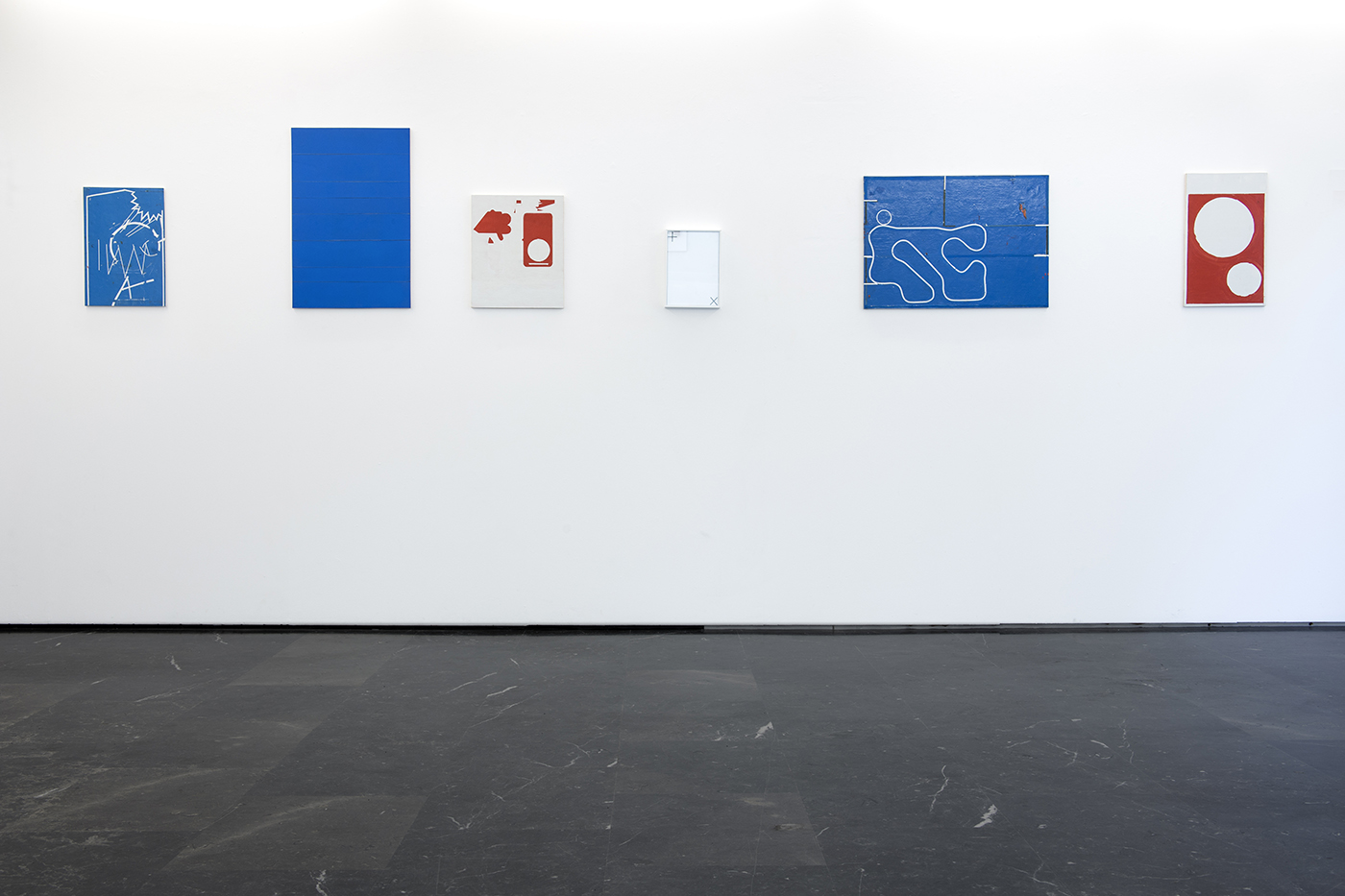 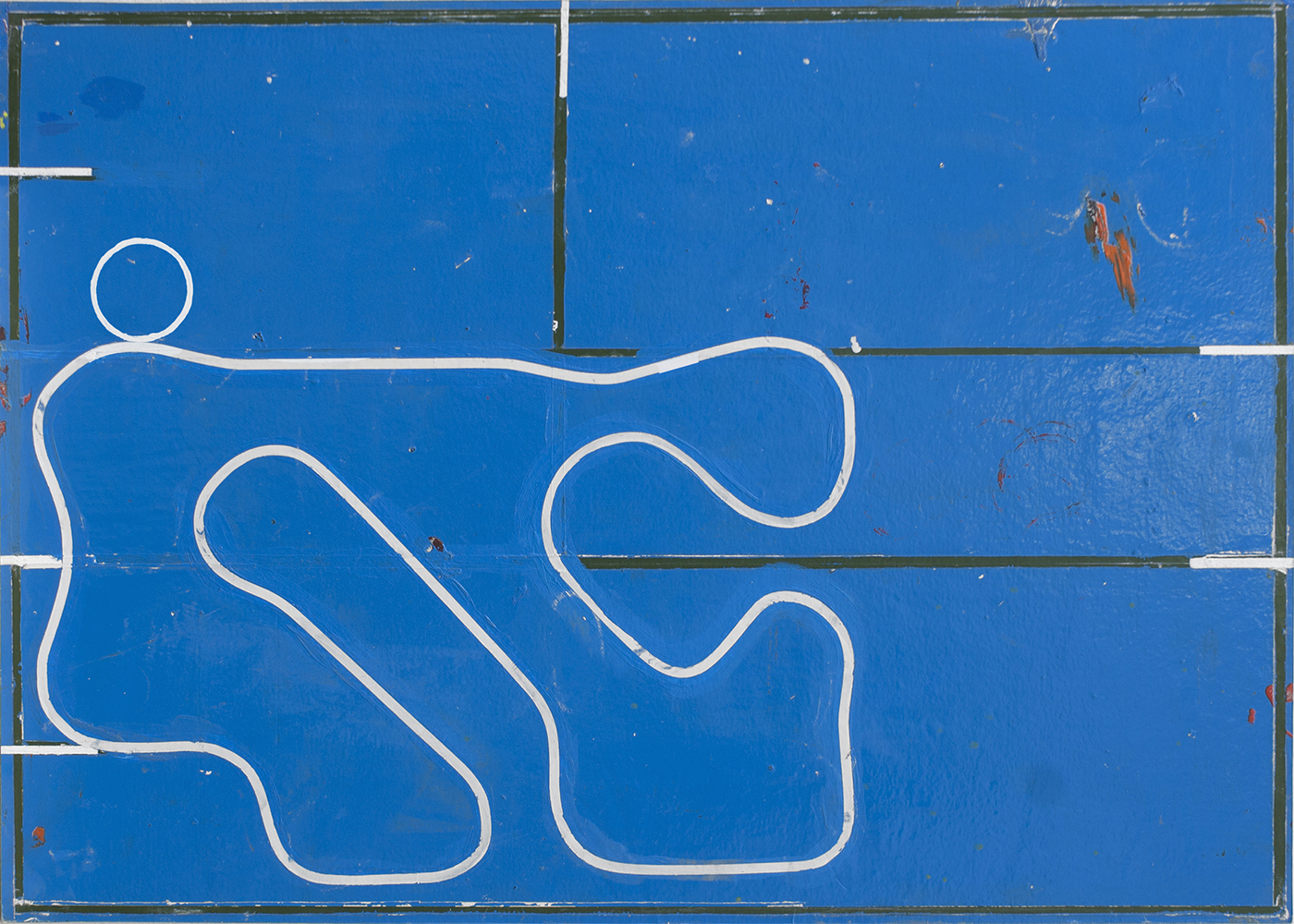 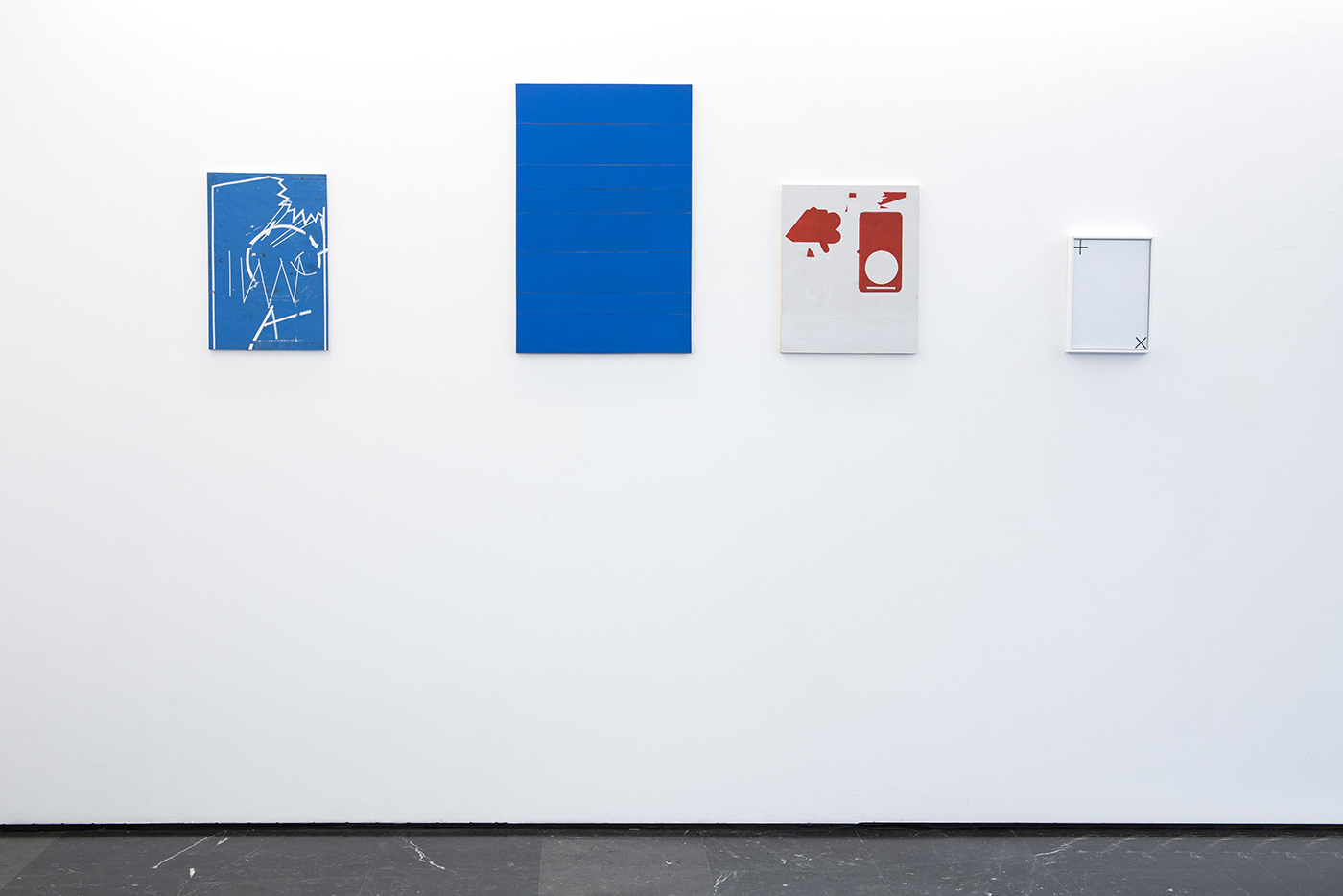 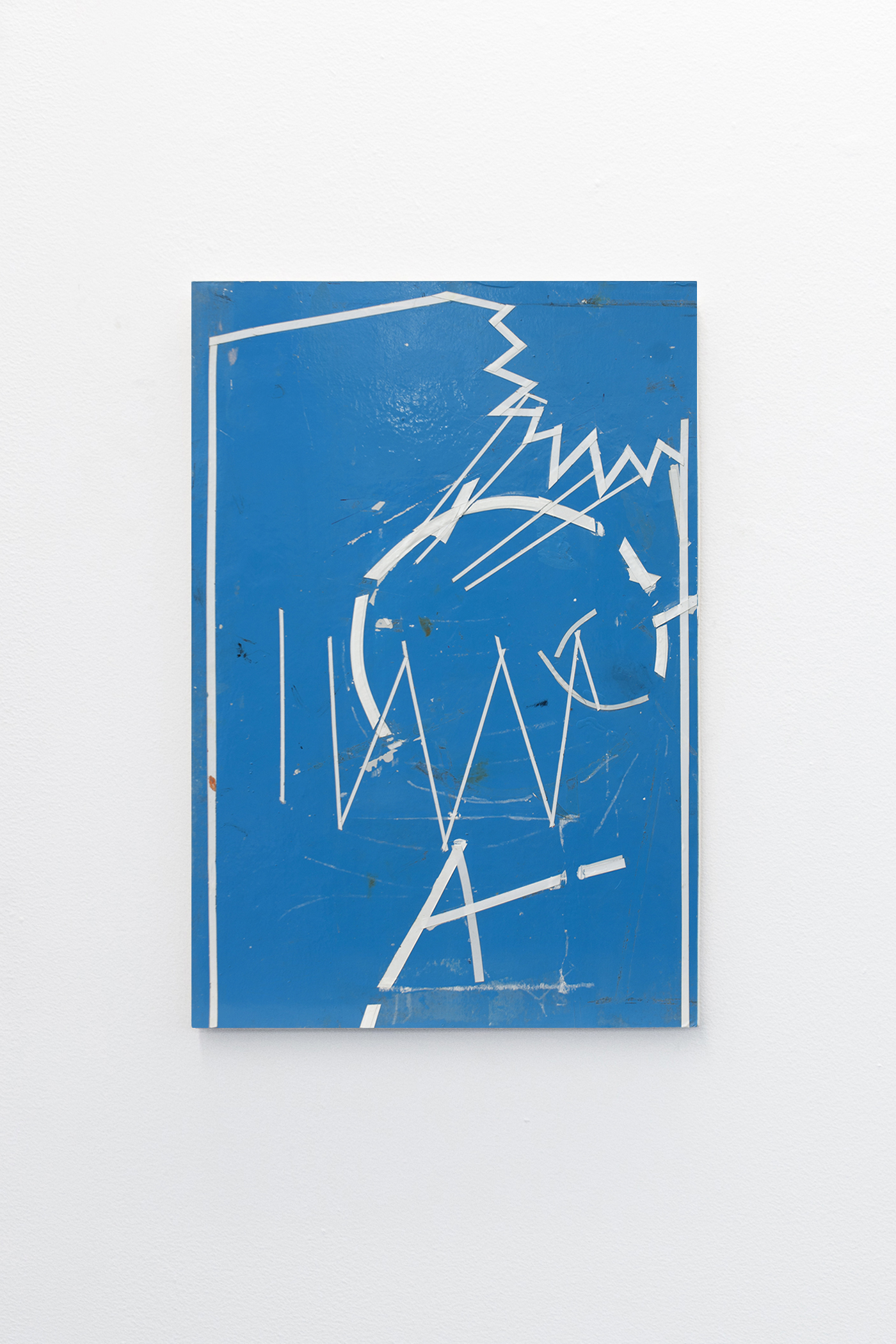 Luis Adelantado is pleased to present Imagen, sombra, fantasma, rombo. This is an exhibition in which the artists Rubén Guerrero and José Miguel Pereñíguez establish a dialogue between painting and sculpture, kickstarting this year’s Valencia galleries’ season.
The exhibition is presented as a contemporary approach to ancestral rituals, combining readings which are pictorial and sculptural. The display is framed around the piece Tegulae, a finding upon which both artists have worked from their own different perspectives. The work itself is a wooden reconstruction of a series of flat Roman tiles, based on an original ceramic that Rubén gave to José Miguel some time ago.
This object was used in the most modest Roman burial rituals, and signals for Rubén and José Miguel the rupture of everyday objects’ functional use for the sake of a usage that borders on the mystical and, therefore, the artistic. The title of the exhibition Imagen, sombra, fantasma, rombo, has a polyhedral meaning, for in the language of the Chaco Indians all these words mean the same thing. For the artists, this linguistic richness nears geometric abstraction, which according to their own words, is akin to the work of both.
In what will be his third exhibition at our gallery, painter Rubén Guerrero is presenting a selection of his latest canvases, works in which he sets out to test our perception and ability to analyse.
In fact, Rubén’s motives are others. His quest takes the form of painting in material—but also liturgical—terms. His canvases are figurative in nature, however they capture fragments of a biased, enlarged, twisted and meditated reality to such an extreme that leads them to become any other reality, yet always at a considerable distance from what we can perceive at first sight.
Rubén’s images are composed, therefore, of fragmented realities that—in two dimensions—construct a parallel reality in which each plane is composed of hundreds of layers, realities and—eminently—matter. Because matter, to some extent, clouds the canvas turning it into a mere support.
For José Miguel Pereñíguez, this will be his first exhibition at our gallery. His approach is composed of a series of sculptural pieces and charcoal drawings of great mysticism. The artist creates objects that are somehow halfway between musical instruments and cult objects. In the case of the— functional or functioning—objects he produces, a whole series of mental and material responses are set in motion to address visual, formal and linguistic problems; answers based on logic, not ensuring their utilitarian or rhetorical effectiveness, but an alien system of equivalences and taboos that subvert it as a delusion of consciousness.
Similarly, in his drawings, geometry and mimesis work as action protocols where the elements to be considered (point, line, plane and its relationships on the one side; definition, gradation of tone, contrast between background and figure on the other) have to respect certain requirements in order to vest those images with a secret—almost esoteric—consistency.